The 21st Century is characterized by themes such as interconnectedness, digitization, and the emergence of Big Data. Artificial Intelligence (AI) stems from these large amounts of data, which permeate every facet of today’s world. Above all, AI makes it possible to use these data for advanced processing and knowledge gain. The potential applications of AI are greatly diverse, making it the key technology of our time.

Therefore, a global race has broken out for states to control AI in both civilian and military spheres. By developing national AI strategies, countries aim to develop optimal ecosystems for the research and advancement of AI technologies. Many actors have reached an understanding that AI will be an enormously important criterion for success for science, society, and especially the economy in the future.

Access to data and specialized hardware are two prerequisites for AI development, and American tech giants and their Chinese counterparts are world leaders in both disciplines. In the current trade conflict between the United States and China, the Trump Administration has already cut off exports of key American technologies to Chinese telecommunications firms.  At the same time, the US Congress is in the process of pushing through legislation aiming to restrict foreign direct investment in key American technologies.

An example of this is the advisory process under the framework of the UN Convention on Certain Conventional Weapons (CCW) which also currently debates a ban on lethal autonomous weapons systems (LAWS). States are following different strategies here: states from the Non-Aligned Movement and numerous NGOs are in favor of an immediate, preventative ban on LAWS. Opposite them are established military powers like the US, China, and Russia, who for various reasons do not support this goal. Germany and France place themselves in the middle, whereby they favor implementing a ban on LAWS, but wish to do so through a step-by-step negotiation process.

Breakthroughs in the fields of speech- and facial-recognition have recently been seen; this progress is enabled by Deep Machine Learning. Similar to transferring technologies from the private sector into the military realm, the dual-use capabilities of these technologies are also recognizable. Greater reliability in identifying individuals based on biometric characteristics can be used not only preventatively to fight crime, but can also be applied repressively to monitor and control populations. Foreign policy, therefore, has the task of closely following developments in this field and scrutinizing their ethical and human-rights implications.

The Project “Artificial Intelligence and Foreign Policy” is in cooperation with Stiftung Neue Verantwortung, Mercator Institute, and the German Federal Foreign Office. 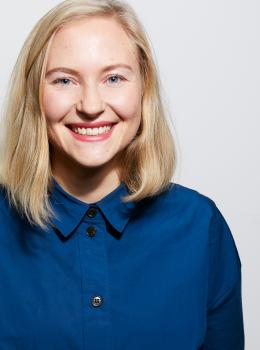 Download the paper as PDF. AI has been a catalyst for automation and efficiency in numerous ways, but has also had harmful consequences, including:...
September 30, 2019
Publikation

Download the Paper (PDF) As a scientific discipline, Artificial Intelligence (AI) has been around since the late 1950s. During the past few years,...
July 09, 2019
Publikation

Why EU will find it difficult to legislate on AI

As the third of the three workshops in the "Artificial Intelligence and Foreing Policy" project, this workshop convened a group of foreign policy...
August 21, 2019
02:00 pm
Show more Events