Philippe Lorenz is Project Director of the AI Governance project at Stiftung Neue Verantwortung (SNV). In this project, he explores the development of the global regulatory framework for artificial intelligence technologies. In addition to the regulation of AI, he analyzes governance processes that are shaped by private-sector actors, and how these processes interact strongly with policymaking. These governance processes include technical standardization and patenting of AI technologies.

The AI Governance project developed out of the Artificial Intelligence and Foreign Policy project, a cooperation between the SNV, the Policy Planning Unit of the German Federal Foreign Office, and the Mercator Foundation, of which Philippe assumed responsibility in June of 2018. It focused on analyzing the geopolitical and geo-economic implications of AI for German and European foreign policy. During the first phase of the project, Philippe’s emphasis lay on contextualizing AI and how recent advances in the technology affect foreign policy, as well as explaining AI and AI companies through their access to necessary inputs (e.g. data, hardware, software and talent), and reviewing the international AI ethics debate.

Before transitioning to his AI focus in 2018, Philippe oversaw a foresight process in the SNV's Digital Energy Transition project, which championed an energy market designed in a way that embraces digitization. In 2017, he wrote an overview of the automation debate in the German labor market as part of a cooperation between the SNV and the Konrad Adenauer Foundation. He also compared the German and American future-of-work debates in a collaboration with the Bertelsmann Foundation North America, and in the run-up to that year's German federal election, he emphasized the importance of skills forecasting for agile labor market policies. Philippe began his work at SNV in March of 2015 in a joint cooperation between the SNV and the Bertelsmann Foundation, as part of a foresight process that drafted six scenarios for Germany's labor market.

Before joining the SNV, Philippe Lorenz studied Law at the University of Passau and International Relations at the Rhine-Waal University of Applied Sciences in Kleve. 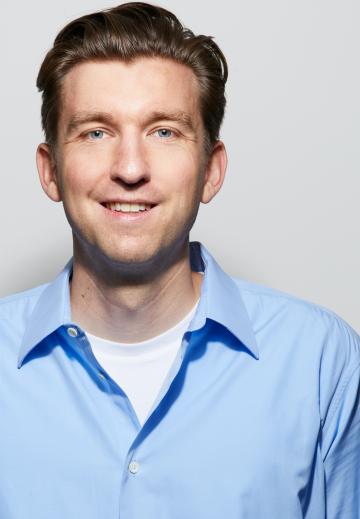 Executive Summary Technical standard-setting in artificial intelligence (AI) has a direct impact on traditional foreign policy domains, such as the...
August 25, 2021
Publikation

This is a transcript of the event “Shaping the future of Artificial Intelligence – Comparing strategies from Brussels and DC” with Irina Orssich,...
June 25, 2021
Publikation

Shaping international norms around the ethics of Artificial Intelligence (AI) is perceived as a new responsibility by foreign policy makers. This...
September 15, 2020

Regions around the world are conceptualizing frameworks to best regulate artificial intelligence (AI) technologies. One such example came from the ...
June 22, 2021
03:00 pm
Veranstaltung