Pegah Maham is the lead data scientist at the Stiftung Neue Verantwortung, where she has been building the data science team since 2020 and integrated data science into the think tank’s work. In particular, she is concerned with the question of how trends in the development of artificial intelligence and its social consequences can be captured using data science methods. She is a co-founder of the Policy Data Science Network, which connects data scientists in public policy, think tanks, and nonprofits.

Previously, Pegah worked as a data scientist at a startup in the renewable energy sector. She holds Master’s Degrees in Statistics (Humboldt University of Berlin) and Data Science (London School of Economics). 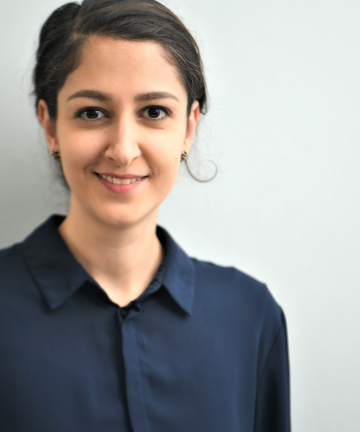 The Artificial Intelligence Act (AI Act; AIA) is the world's first comprehensive legal framework for artificial intelligence (AI) and one of the EU's...
November 16, 2022
SNV
Publikation

Data Science for Public Policy: How to Achieve Long-Lasting Impact

Executive Summary Data science has thus far played only a minor role in public administration and governance, unlike in the private sector. However,...
October 21, 2022
Stiftung Neue Verantwortung
Publikation

Cybersecurity has become a central component of German domestic and foreign policy as well as security and defense policy. In the process, a dense...
September 27, 2022
Stiftung Neue Verantwortung

The Artificial Intelligence Act (AI Act; AIA) is the world's first comprehensive legal framework for artificial intelligence (AI) and one of the EU's...
November 09, 2022
05:30 pm
Veranstaltung

How can data science be used to monitor AI trends? And why is it important for security policy? In this talk, Pegah Maham explained the need for...
August 25, 2022
Veranstaltung

Data Science in Policy and Administration - Experiences from the Netherlands

In Germany, data labs are currently being set up in the federal ministries and the Chancellor's Office. They are intended to ensure that federal...
July 06, 2022
05:00 pm