Julia Schuetze is project director for cybersecurity policy and resilience and has been with SNV since 2017. In 2023, she manages two projects dealing with the development of resilience skills in municipal administrations. She also chairs the interdisciplinary working group of the Transatlantic Cyber ​​Forum on the topic of international deployment of cyber security specialists. In addition, Julia Schuetze has been designing and implementing cybersecurity policy exercises in country-specific contexts in Mexico, Armenia, South Africa and Costa Rica, among others, since 2020.

In past projects, she has worked on the topics of EU cyber diplomacy with the USA and Japan, cyber operations against election processes and the shortage of IT security specialists in Germany. As part of her work for the SNV, she has been invited to the German Bundestag several times as an expert, spoke at the cybersecurity caucus of the U.S. Congress and conducted expert workshops in Berlin, Washington D.C, and Tokyo, among others. She has published articles for EU Cyber ​​Direct, Council of Foreign Relations Netpolitics Blog and Tagesspiegel Background, among others. Her work has been e.g. in the WirtschaftsWoche, the Tagesspiegel, the F.A.Z. and quoted by the BBC.

Previously, she worked at Wikimedia Deutschland e.V. on EU copyright reform and open source policy and conducted research on social-tagging tools at Harvard University's Berkman Klein Center. Julia studied politics, public policy and journalism, with an early focus on tech policy at the University of Bath, UW Seattle, UNCW and University of Stirling. In this context, she wrote her bachelor's thesis on cyber security awareness programs in Germany and the U.S. in collaboration with the German Federal Office for Information Security (BSI). She wrote her master's thesis on the U.S. government's handling of cyberattacks and its political infrastructure in 2016. 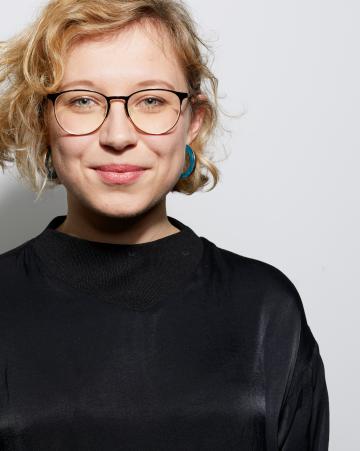 How the Cyber Resilience Act could change EU's cyber posture

Julia Schuetze gave a presentation for the panel "Cybersecurity of Electoral Processes" at the conference "Strengthening Democracy - Towards...
October 26, 2022