Dr. Thorsten Wetzling heads the research unit "Digital Rights, Surveillance and Democracy" of the Stiftung Neue Verantwortung. Current project work focuses on the practice, the legal basis and effective independent oversight with respect to different modes of access and subsequent processing of personal data by security and intelligence agencies. More specifically, the European Network Intelligence Governance (EION) regularly explores new ideas and challenges for democratic intelligence governance in collaborative workshops with oversight practitioners from across the continent. Thorsten is also the founder and chief editor of aboutintel.eu – a European discussion forum on surveillance, technology and democracy. From 2019 to 2022, Thorsten co-directed an international research consortium that has produced, among other things, tools and instruments for future empirical studies in the thematic field of intelligence cooperation and control.

As an expert on international security cooperation and the possibilities and limitations of data-based control, Thorsten has been heard several times as an expert witness in the European Parliament and the German Bundestag. Since 2021, Thorsten has assisted the Organisation for Economic Co-Operation and Development (OECD) in finding common standards for police and intelligence access to personal data in the private sector. Thorsten was also retained in 2021 by the Council of Europe as a scientific expert to examine the scope of exemptions in the modernized Convention for the Protection of Individuals with regard to the Processing of Personal Data. The United Nations Development Programme (UNDP) has also commissioned Thorsten in 2020 to contribute to a comparative study on police investigative powers and their democratic oversight. Guest articles and analyses by Thorsten have appeared in Der Spiegel, Frankfurter Allgemeine Zeitung, Frankfurter Rundschau, Handelsblatt, and Zeit Online, among others. Since 2019, Thorsten has been a member of the Scientific Advisory Board of the Cyber & Data Security Lab at the Vrije Universiteit Brussel (VUB) and was previously a member of the Advisory Board Europe/Transatlantic of the Heinrich Böll Foundation.

Before joining SNV, Thorsten led a BMBF-funded capacity building project for European security research at the Brandenburg Institute for Society and Security (BIGS). From 2009 to 2011, Thorsten Wetzling conducted research on issues of governance in security policy at the French Institute for International Relations (ifri) in Paris, the RAND Corporation, and the Center for Transatlantic Relations at Johns Hopkins University in Washington, D.C. as part of the TAPIR Fellowship of the Stiftung Wissenschaft und Politik.

Thorsten Wetzling received his PhD from the Graduate Institute of International and Development Studies in Geneva with a comparative study of the performance and reform of intelligence control in Europe. 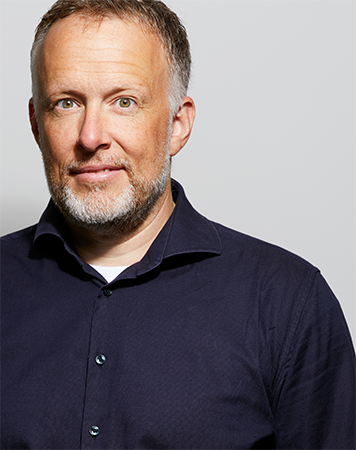 Disproportionate use of commercially and publicly available data: Europe’s next frontier for intelligence reform?

On 05 July, Dr. Thorsten Wetzling and Charlotte Dietrich will present their initial findings from an ongoing research on the intelligence services'...
July 05, 2022
03:15 pm
Veranstaltung